A little taste of big New York, New York! The foodie friends and I headed down to the Rockefeller Deli for a much needed breakfast catch up – seriously, where TF is 2017 disappearing to?!

Rockefeller boasts a menu filled with ingredients that instantly conjures up visions of downtown Manhatten; PB&J, pastrami, blinze (Jewish pancakes), latkes, and of course their traditional boiled bagels and a variety of shmear flavours! We were excited to dig in and try everything!

Some might be interested in the fact that the menu also features a near 50/50 split between meat and vegetarian dishes with a smattering of vegan options. This would be a great place to take your veggie loving friends. Lots of variety for everyone to choose from!

So, onto the eating…

I’m trying my hardest at the moment to stick to being gluten free even when eating out – some recent blood tests came back with a positive for gluten intolerance and it really does make me feel my best when I avoid it. So with this in mind, and the fact that the dish sounded amazing, I order the Latkes (potato pancakes) with smoked salmon, sour cream and salmon caviar. I’m not a fan of sour cream (feel free to judge me as you will haha) so I requested some of the labne instead and the awesome chefs were happy to oblige YAY!

I absolutely loved this breakfast! The creamy labne with the fresh salmon and salty salmon caviar went perfectly with the super crispy latkes! Those latkes! Wow, I really need to find a recipe I can re-create at home because they were to die for! Crunchy, savoury, salty perfection! This dish was also super filling; lots of protein in the fish and green leafy salad, filling starchy potatoes and cultured dairy with all the gut-friendly probiotic bacteria (labne is made by straining yoghurt until it forms into a creamy cheese).

For drinks I had not one but two long black’s! A long black or espresso coffee is my go to; it allows me to sample the coffee unadulterated (I also don’t really drink milk); and the verdict – delicious! Good coffee with a great tasting breakfast is the only way to start your weekend.

Another had the boiled bagels, with both the bacon and spring onion and fresh herb shmear. Said friend has visited New York so she could attest to their authenticity and she loved the trip back down memory lane.

The Shakshuka (baked eggs in spicy tomato sauce w roast peppers & eggplant) was also sampled. This is actually a breakfast dish that I often make for myself and it is incredibly rich and filling. The eggs were cooked perfectly; yolks still runny amongst a bed of red sauce with a hunk of bread to soak everything up. My friend loved it!

Everyone was super happy with their breakfasts at Rockefella and the service was great. It was a wonderful morning tucked away into their gorgeous green leather booths, sipping on coffee and catching up. That’s what I truly love about food, not just the sensational flavours and textures, but that it brings people together <3.

This site uses Akismet to reduce spam. Learn how your comment data is processed.

I’m Kattie and I love flavour! I’m a firm believer that anything you consume shouldn’t be boring or tasteless! I'm passionate about the healing power of whole foods, home cooking, intermittent fasting, and I love sharing delicious and nutritious recipes with a moreish mix of reviews, travel & wellness. Enjoy xx more about me →

Sign up to The Consumption newsletter to never miss a recipe and receive your FREE
Intermittent Fasting Progress Tracker Spreadsheet! 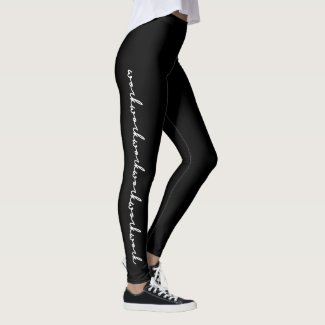